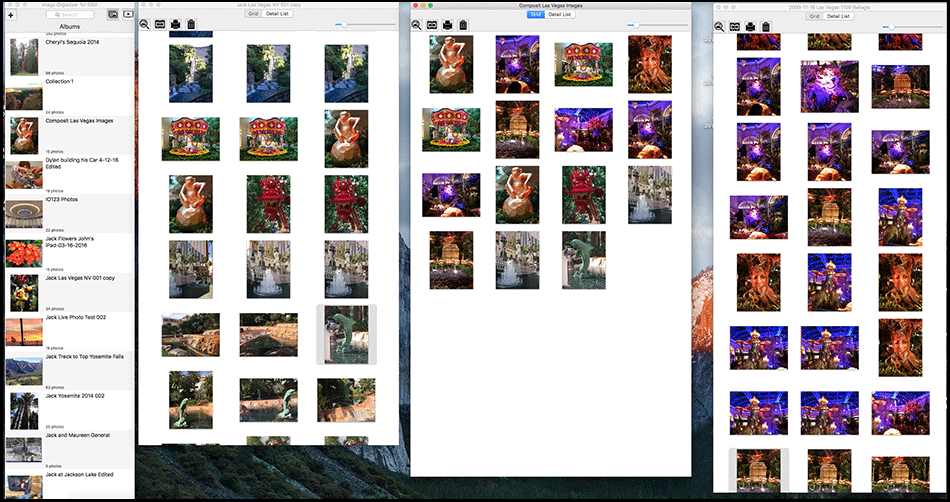 Organizing your images and videos into albums is simple. Open several albums at a time and drag images and videos from one album to another. Drag images from other programs and apps as well. Drag an image from Messages, Mail, Photos and place it in an album. Drag from Safari or any app that supports drag and drop. It is easy to layout and organize your photos.

Finding albums is simple using the Image Organizer 123 Album Name search function. You can search for images using image name, path, image description, and other image metadata. With the Mac version you are able to access not just the images and videos, but also the location and technical data of photos taken. Unwanted images can be easily removed from an album or deleted from Image Organizer 123. Create slideshows from your favorite albums. Get creative by adding your own titles and music.